Widest Selection in the USA | $10 minimum per item

Origins of the Jacquard

The Jacquard fabric trim, is a direct descendant of a process developed in the early 19th century. At the dawn of the industrial revolution in Europe, handmade textiles were rapidly being replaced by manufactured products. The development of faster more efficient machines allowed the pricing of textiles to drop and were more widely available for the general population.

Fabric trims came along for the ride in this transition. In 1801, Joseph Marie Jacquard, a weaver by trade, developed a loom that transformed the way textiles were created in France and the world.

He developed a machine that replaced the position of the "drawboy". This person sat under the loom moving threads from the warp by hand to make a pattern defined by the master weaver. The Jacquard loom replaced this tedious process by implementing a series of pins that either pushed through holes in punch cards or remained on top. These punch cards were actually perforated strips of wood that were stitched together in a long series to create the plan for the Jacquard loom to "read".

This loom made the process much quicker and inexpensive to the joy of factory owners and behest of many weavers.

It's worth noting that although the technology was not completely unique at the time, (the punch barrel system was being invented in other parts of France at the time), the Jacquard style loom was the most successful. In some places the punch cards are still in use today, however - computers have surpassed this older technology in most mills.

The system that Joseph M. Jacquard pioneered is said to have inspired the use of punch cards in the first widely distributed computers of the middle of the 20th century. These cards were used to run complex programs for business, industry and the sciences.

The modern Jacquard fabric trim we carry at VintageTrims.com is a culmination of this early technology and changing fashion reflected in the wide variety of styles preserved in our warehouse. We have curated the best of the original trims that were created in the periods they represent. Many of these factories no longer exist and the patterns destroyed long ago. Please take a look at our collection of Jacquard Fabric Trim for your next project. 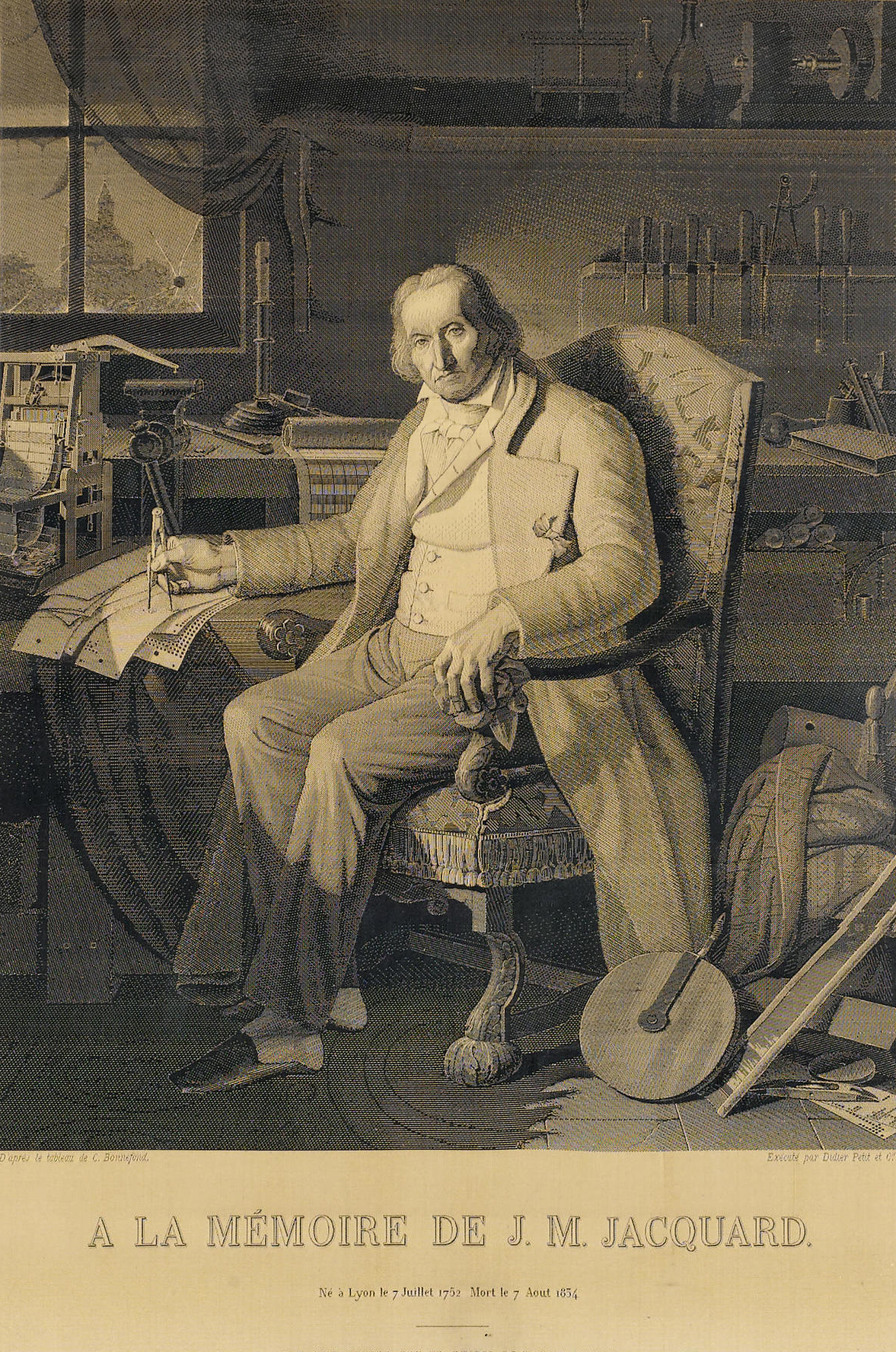